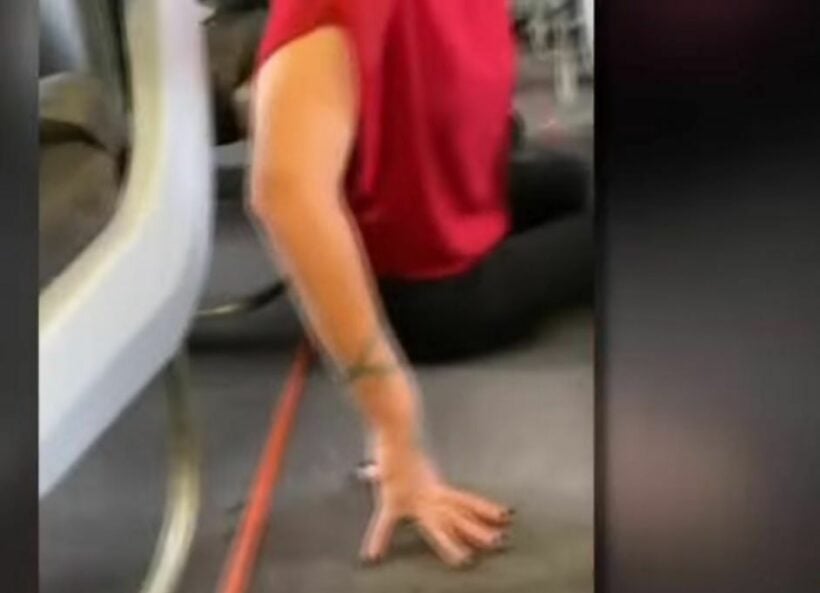 A video has gone viral of an Australian woman crawling off of an airplane that landed in Bangkok. The woman, Natalie Curtis, says the flight attendant told her she would have to pay to be wheeled off the plane to her wheelchair.

Curtis said she was offered a special wheelchair that fits in plane aisles when boarding her flight from Singapore to Bangkok. But she said that when she landed, she was told she needed to pay for this service.

Curtis refused to pay, saying she had never been asked to pay for this service before. Curtis’s friend was unable to carry her due to a knee injury, so she was forced to crawl down the aisle, she said.

In a furious post in a Facebook group called “Why We Hate Jetstar”, Natalie said she had “never felt so degraded in my life”.

The airline has apologised to Curtis, and has given her a full refund of her flight. Jetstar claims the incident was caused by a miscommunication. Airline workers were apparently informed that an aisle wheelchair was unavailable for at least 40 minutes after the plane arrived in Bangkok, according to 7NEWS.

“We are committed to providing a safe and comfortable travel experience for all our customers, including those requiring specific assistance… Regrettably, this was not the case for Ms.Curtis following a miscommunication that resulted in the delay of an aisle chair being made available at the gate on arrival and we are looking into what happened as a matter of urgency.”