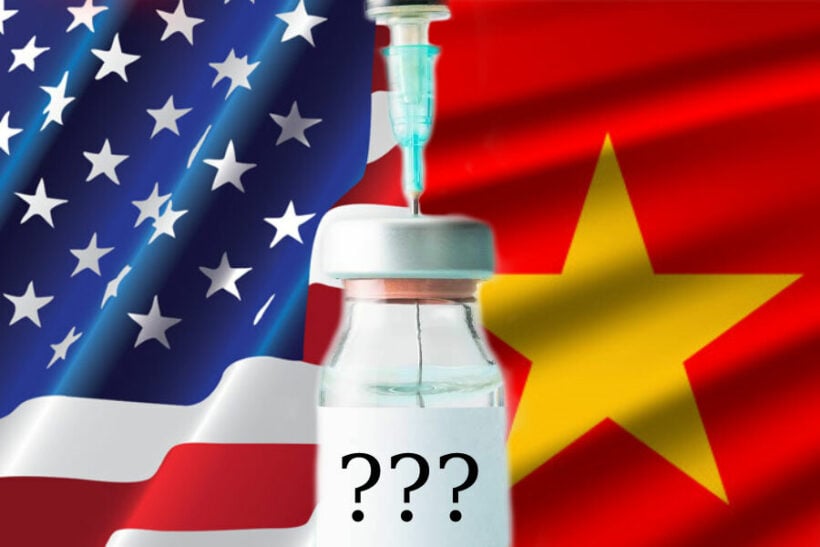 FILE PHOTO: Vietnam will produce US mRNA vaccines, but the brand is unknown.

Covid-19 vaccines will now be manufactured in Vietnam, according to their Health Ministry, though they have not revealed which brand of vaccine will be produced. The announcement was made on Vietnam’s Health Ministry website yesterday with very little concrete information.

The website originally mentioned Vingroup JSC as the company that will be manufacturing the vaccine in Vietnam, but all reference to the company was later removed from the site. The company did not have any comment about the announcement when the press contacted them.

But many clues narrow which brand of vaccines it might be that Vietnam will begin to manufacture domestically. A deal was said the be struck for a technology transfer from a US-based company. The website also mentioned that the vaccine would be a vaccine utilising mRNA technology, further narrowing the options of which brand it is.

Vietnam had previously only approved the Sinopharm and AstraZeneca vaccines for use, but in a separate announcement yesterday, the Health Ministry approved the Pfizer vaccine, and American vaccine using the mRNA technology, for use in Vietnam.

While it’s a big hint, it doesn’t definitively rule out the Moderna vaccine, also an mRNA-based American brand that could have inked a deal with Vietnam for domestic production.

One thing we do know is that the company in Vietnam is ready to produce a lot of vaccines. According to the Health Ministry announcement, the factory prepared to manufacture doses is equipped to produce as many as 200 million vaccines each year. They expect to start production in the fourth quarter of this year or the beginning of next year at the latest.

Vietnam has a population of 98 million, about 30 million more than Thailand. But, while Thailand’s government is often disparaged for the slow rollout with only a few million people getting vaccinated now, Vietnam has only fully vaccinated 53,000 people. 1.4 million vaccines have been administered, suggesting that about 1.3 million people are awaiting their second shot.

170 million vaccines are expected to be delivered from international sources that Vietnam has negotiated purchase deals with already, but the capacity to domestically manufacture 200 million vaccines per year would be a great boost to vaccinating their citizens, and perhaps a source in the future for aiding in vaccinating neighbouring nations as well.

Vietnam had avoided any sizable outbreak of Covid-19 by being one of the first countries to go into lockdown last year, and only recently had outbreaks, but has now identified a rapidly spreading hybrid strain that has infected over 10,000 people and resulted in 58 fatalities.