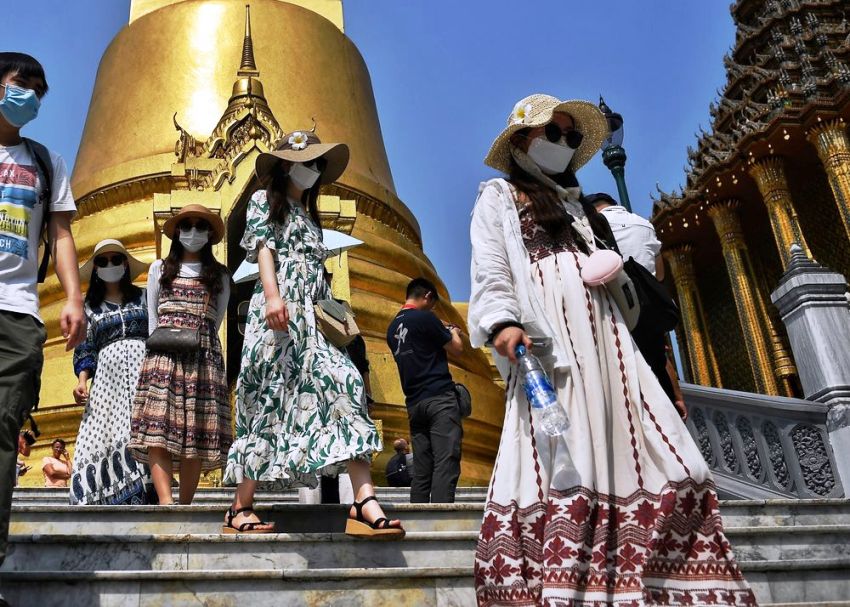 Total number of foreign tourist arrivals in  Thailand last year were at their lowest the Kingdom has seen in over a decade. Now efforts to re-open the country and boost the Thai economy have been stifled by another round of lockdowns.

The mandatory two-week quarantine, and stringent testing and paperwork requirements are discouraging visitors, stalling the recovery and further impacting on the already devastated Thai economy.

“Tourism cannot return to previous levels until the strict rules for travel and quarantine are relaxed. We do not expect this to happen for the next year at least,” says Jongjet who works at a Thai Visa agency based in Chiang Mai. “Businesses here are suffering a lot, but it’s worse down south where tourism used to make up a much larger percentage of their economy.”

Collapse of the tourist industry

The collapse of the tourist industry indirectly affects many businesses too. It’s not only the tour guides, visa agencies, hotels, rental agencies, theme parks, Muay Thai gyms, bars, clubs and restaurants that are affected. The reduction in income for these sectors has a flow on effect throughout the entire economy, as everybody stops spending out of fear of a complete economic meltdown. Commercial businesses who aren’t reliant on tourism spending have also suffered.

At least 931 registered companies in the That tourism sector closed down in 2020. Lack of work and lack of income has seen a large spike in crime, mental health problems, suicides and poverty, devastating local communities who used to be reliant on tourism to pay their bills.

The bank of Thailand expects tourist arrivals to drop even further in 2021, with no end to the current situation in sight. “The lockdowns don’t seem to be having the desired impact and they’re causing a plethora of other problems,” says Jay Martin, one of our regional editors based in Bangkok. “We can only hope that the Government does the right thing to stop this suffering as soon as possible. The people of Thailand need a better solution than economic collapse.”