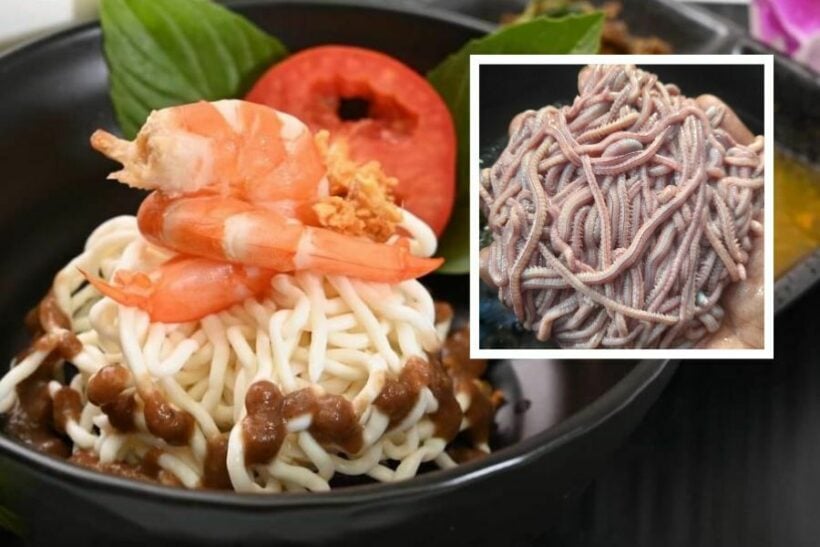 Thailand plans to welcome the globe’s most eminent leaders and dignitaries at the upcoming APEC meeting with some noodles and sandworm sauce.

Thailand is the host of the Asia-Pacific Economic Cooperation (APEC) 2022 at the Queen Sirikit National Convention Centre (QSNCC) in Bangkok between November 18 and 19, and it plans to serve up a rare treat.

The kingdom held a cooking competition to find the best Thai dishes to be served at the APEC meeting. The plates served promise to be varied, healthy, and environmentally friendly. The food will also highlight local wisdom and add value to unique Thai ingredients.

The eight dishes selected for the event are:

The noodles with sandworm sauce was the idea of a food design team named Gifted Taste, reported Thairath. The official name for them is Thai Style Noodles with OmegaBalaz Sauce.

The noodles look similar to Thai boat noodles, which have a thick black soup made from pig blood. However, the noodles from Gifted Taste used sandworm sauce instead of pig blood.

Suradate Thammakun, from Gifted Taste, told the media that sandworms can be found on the beaches of both the Andaman and Thai Gulf sides. The worms bury themselves under the sand and help get rid of the natural waste left on a beach.

Suradate said their science lab found 49 nutrients in the sandworms and the protein found in them is 50% higher than salmon, adding that the worms also have three to four times more omega fats than salmon.

Suradate revealed he plans to create supplement food from the sandworms and export it internationally. He believes he can earn 100 million baht from the products within a year.