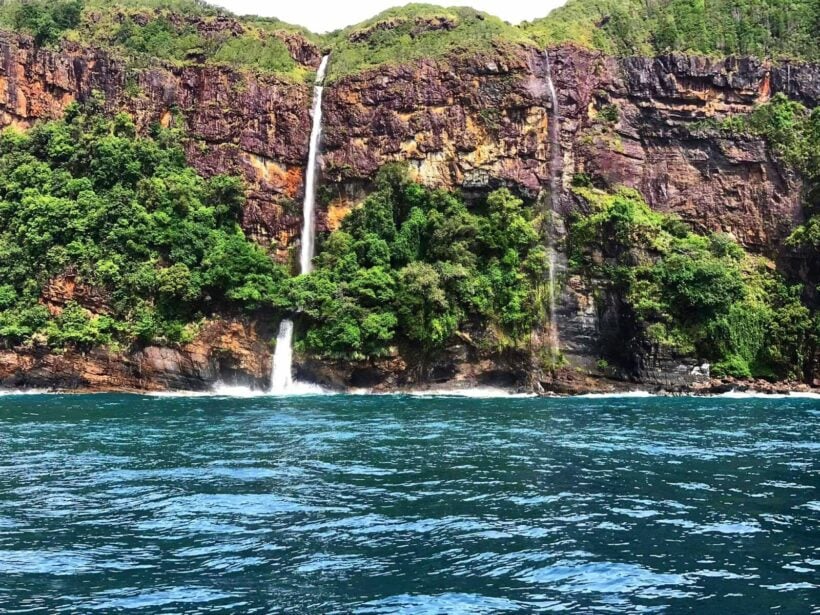 Nature looks stunning on several islands in Krabi that reopened on October 15 after being closed for restoration for several months. The Mu Ko Lanta National Park is made up of several islands, which boast breathtaking beaches, waterfalls, and other natural wonders.

Since the park reopened, staff have continued conservation efforts. A few days after the reopening, park officials held an event to release aquatic marine animals back into nature.

Earlier this month, nature lovers were treated to the rare sight of waterfalls cascading down the mountains at Koh Rok, one of the island groups of the park. Waterfalls are pretty rare to the site and can be found during the rainy season of Thailand from May to the end of October.

Moo Koh Lanta National Park is a must-visit as it features many white beaches, trails, islands, coral reefs, vistas, and some very magnificent caves. You can go kayaking and explore limestone karsts and sea-level caverns on Ko Talabeng. Snorkelers and scuba divers alike flock to the smaller islands for diving. The coral reefs around the islands are home to some of the Andaman Sea’s most spectacular tropical marine life.