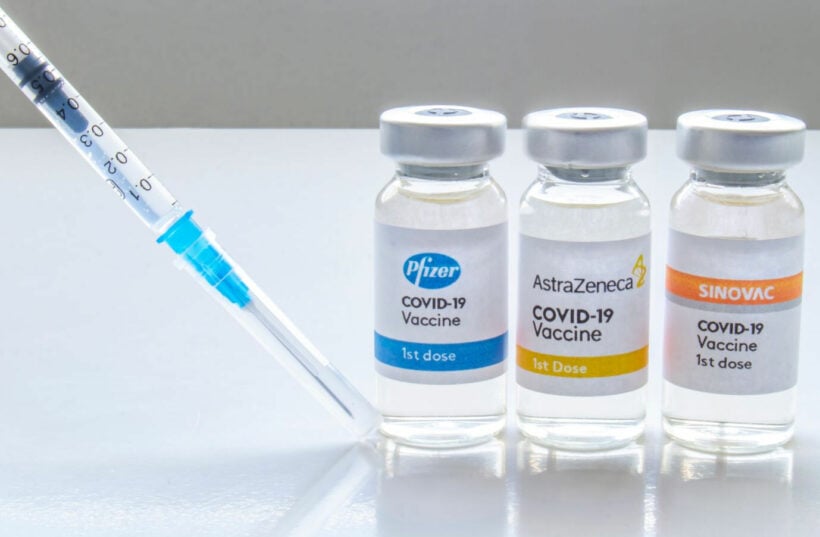 New studies show that between Sinovac and AstraZeneca combined with Pfizer, the most effective vaccine cocktail combination is 2 doses of Sinovac followed by a full dose of Pfizer as a booster shot. The studies have been collected by Siriraj Clinical Research Centre in Bangkok, and directly contradicts a study at Yale University last week that said the Sinovac-Pfizer combination is less effective

The study measured the Geometric Mean Titer (a titer is a lab test that measures the number of antibodies in blood), a non-linear measurement that gives a clear picture of antibody levels and vaccine effectiveness. They measured the GMT levels for antibodies against both the Delta variant and the Omicron variant.

What they found was that the most effective combination of mixed vaccines was 2 Sinovac injections and 1 full Pfizer dose as a booster shot, which provided a GMT of 1,143 against the Delta variant and a 531 GMT against the Omicron variant. A half dose of Pfizer as a booster instead of a full dose proved to be only slightly less effective with a 1,002 GMT against Delta and a 507 GMT against Omicron.

As such, the Siriraj Clinical Research Centre is recommending a Pfizer booster shot for anyone who received either the Sinovac or AstraZeneca vaccine for their first 2 doses in order to have the highest level of immunity and protection against the major variants affecting Thailand now.