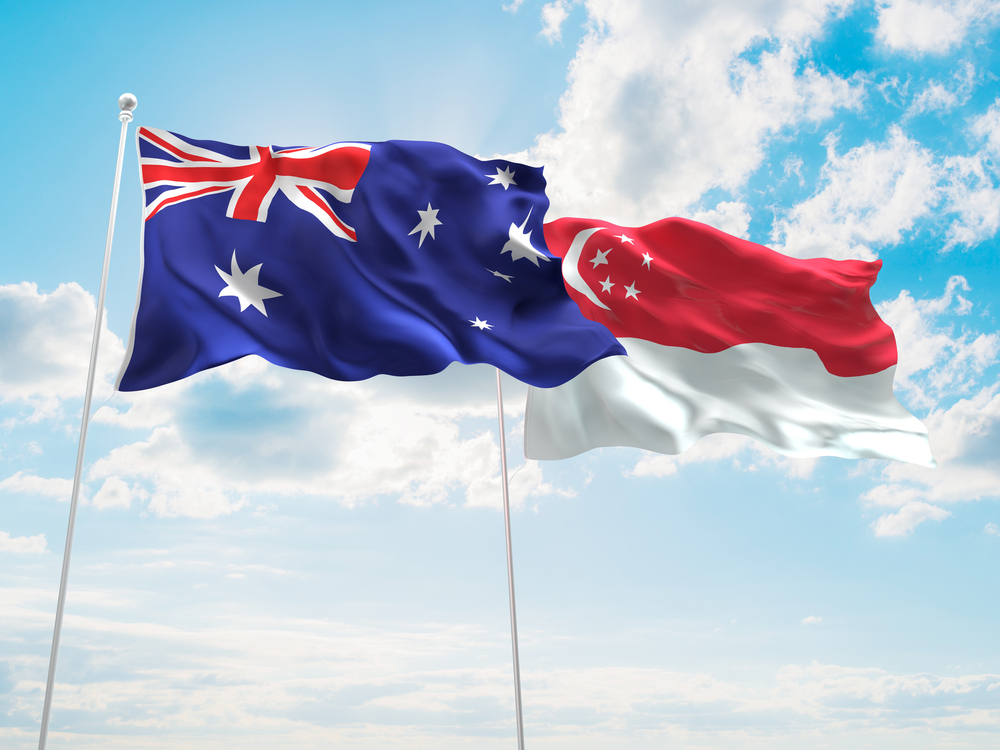 A proposed travel bubble between Australia and Singapore will revive the international student industry.

Prime Minister Scott Morrison flagged his ambitions for the travel arrangement in his meeting with his Singaporean counterpart last night but has warned it could be “some time” away.

“The international student numbers have dried up, so to see that start again will be important and there are many Australian jobs that hang off that industry,” Dutton said.

“Importantly, the next step from there as the prime minister pointed out yesterday would be the trialling of this passport, the vaccination passport, so we can have the free arrangement.

“It’s not going to happen tomorrow, but let us work toward it as quickly as we can.

“Singapore is a great partner to work with, they are very reliable, they have a great health system and a great tourism destination, as has Australia for those tourists that want to get out of Singapore and come to a great country like Australia.”

“I welcome the fact that we will now work together to put the infrastructure in place, to put the systems in place to enable us to open up in a similar way that we’ve been able to open up to New Zealand from Australia when we’re both in a position to do so,” Mr Morrison said in a joint address following the sixth Singapore-Australia Leaders’ Meeting.

“There is still some time before we reach that milestone, but there is nothing impeding us, as we’ve discussed today, from getting on with the job of putting systems in place that will enable such a bubble to emerge between Singapore and Australia as it does now occur between Australia and New Zealand.”

Priority will be given to students from Singapore “to be able to return to Australia to complete their studies”, Mr Morrison said.

Mr Morrison is on his way to the UK for the G7 summit.

His stop in Singapore is understood to be the first of a foreign leader in the country since the beginning of the coronavirus pandemic.

“We share history, we share trust, most significantly, we share ambition, and that ambition I think is reflected in the comprehensive strategic partnership we have that is now being demonstrated in the many granular agreements and memorandums that have been completed in so many parts in this relationship,” he said.

“Whether it’s what we’re doing together in defence, in technology, in addressing climate change, and importantly working together to ensure the stability of our region that all of our prosperity, all of our safety depends.”

He stressed that any travel bubble would be opened only in a “safe and calibrated manner… when both sides are ready.”

Singapore has fully vaccinated 1.9 million of its 5.5 million population, or 33%, while Australia lags at 650,000 people having received both jabs out of a population of 25 million, or just 2.6%.

“Neither of us has identified a benchmark rate on vaccination when it comes to the decision that would be taken around a travel bubble,” Morrison elaborated. “But this is something that I think will continually be informed by the medical evidence as time goes on.”

Singapore has already adopted the Travel Pass app developed by the International Air Transport Association and trialled by more than 20 airlines as a standardised way to record and share the results of COVID-19 tests along with vaccination records.

The Australian government has also opened talks with IATA about using the Travel Pass – which Qantas is also trialling – as a  ‘vaccination passport’ to help unlock overseas travel.

The Government is also considering a pilot program that would let fully vaccinated Australians travel overseas from August.

The scheme could allow them to fly to selected countries, including low-risk destinations, and return without facing quarantine provided they show a negative COVID result on arrival.

It’s suggested that the trial could be rolled out alongside the introduction of an ‘amber’ grading for less risky countries, which would sit between the current ‘green’ category which for now applies only to New Zealand, and ‘red’, which today is basically the rest of the world.