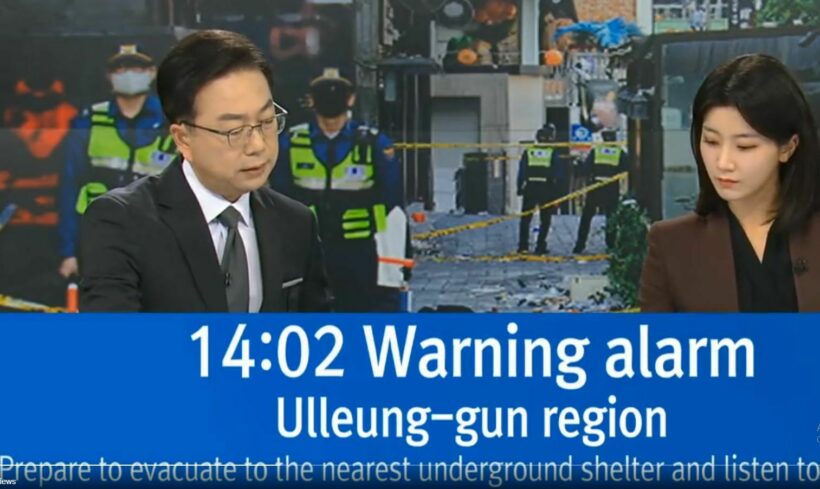 A missile from North Korea today landed close to South Korean waters for the first time since the countries split in 1945, according to South Korean officials. Since then, South Korea retaliated by launching missiles in return.

This latest tit-for-tat conflict began after North Korea fired at least 10 missiles to the east and west of the Korean Peninsula.

The one missile that landed close to South Korean waters made a splash in international waters 167 kilometres northwest of South Korea’s Ulleung island, according to Seoul’s Joint Chiefs of Staff (JCS). An air raid warning on the island was lifted in the afternoon.

The missiles launched today landed west of the peninsula in the Yellow Sea, and to the east in the Sea of Japan, a South Korean defence official said.

South Korea retaliated by launching three of their missiles, which officials said landed a similar distance past the Northern Limit Line, the BBC reported. The demarcation line marks the rough midway point in the sea between the countries, although North Korea has never accepted this.

North Korea later fired about 100 artillery shells into an eastern maritime buffer zone. The zone was established in 2018 to reduce tensions, according to South Korea’s military.