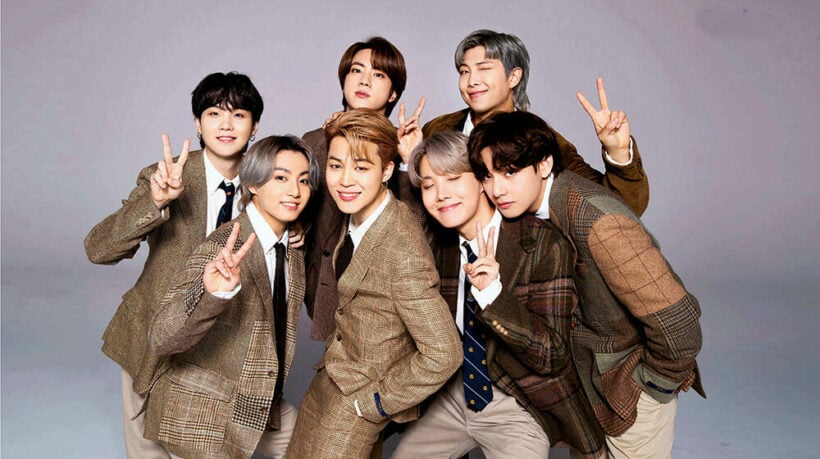 Pop kings BTS, the South Korean band that broke through music’s bamboo ceiling, is having a break after 9 years. The septet have had outstanding global success and amassed, not only the most numerous, but also the most engaged fandom in music history – the BTS ’ARMY’.

This year BTS won three of the top awards at the American Music Awards, including Artist of the Year, Best Song and Best Group or Duo. 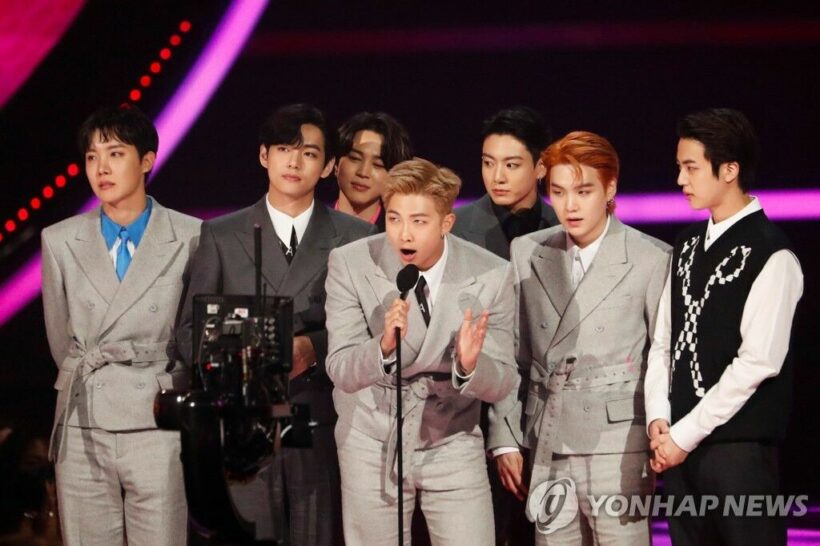 Their ‘hiatus’ means that the 7 members will have a well-earned break, after first navigating their way through the bitchy K-Pop industry in the early days, before hitting the heights of international music stardom when they hit the music mainstream around 2017.

BTS is, in no particular order, RM, Jin, V, J-Hope, Suga, Jimin and Jungkook. They all voiced their concerns at this stage of their career, and their reasons for a break, during their annual ‘Fiesta Dinner’, which is held on or around June 13 to commemorate their debut back in 2013.

RM, the groups’s leader and the only member who speaks conversational English, noted that a lot of their problems over the years stemmed from the K-Pop music machine.

“The problem with K-Pop and the whole idol system is that they don’t give you time to mature. You have to keep producing music and keep doing something. And after I get up in the morning and get makeup done there’s no time left for growth.”

The group, performing mostly in Korean-language, particularly for the first 7 years of their career, shifted their focus during the Covid pandemic and released a number of English-language pop ‘summer songs’ that became huge hits in western music markets. For those, who didn’t know BTS before then, they certainly did after the release of “Dynamite”, “Butter” and “Permission to Dance”.

But the shift in focus, away from their earlier, grittier, message-laden and critically-acclaimed releases, also drew criticism from hard core ARMY who felt the band had ‘sold out’ to the demands of the global pop market.

RM reflected on the constant demands, to not only keep producing music (the band have always been working on the writing and production of their work), but also doing all the things K-Pop ‘idols’ are expected to do.

“In the past, I could still balance working on music alone and doing our group promotions but now I cant do them together. It’s impossible, it just won’t work. I can’t be doing group stuff and then suddenly turning the focus to my own work like flipping a switch. I realised I need time on my own.”

Whilst BTS, and their management, insist that the break is just a hiatus and that they will be back, at some stage, the history of boybands reforming after a break is patchy.

And BTS have constantly voiced their desire to serve their country. But there is no doubt the timing of this break will provide opportunities for the individuals to complete their service whilst other members engage in solo projects and keep the ‘brand’ going. Certainly, their management will already have many projects ‘in the can’ ready to release over the next few years to keep banking on the most profitable music franchise in the world at this time.

BTS weaponised social media early on in their careers to build up a fan base that was impossible for bands before the days of the internet and platforms to reach out to millions of worldwide fans. Their frank, sometimes emotional, depictions of their early days, practice sessions, battles, depression and raw ambition have now populated the internet, such that they are the most exposed pop stars of all time. There are thousands of clips of them on just YouTube alone on their main channel Bangtan TV.

For now, the BTS ARMY have been filling the same social media with shock and horror over the decision to have “an extended break”. But we suspect we’ll be hearing a lot more from the members over the next few years after amassing such a large, worldwide fan base.

Like The Beatles revolutionised the pop music industry in the early 60s, BTS have forced a lot of the music business to hit the reset button after the success of these 7 young men from South Korea flipped music’s old business models on its head.