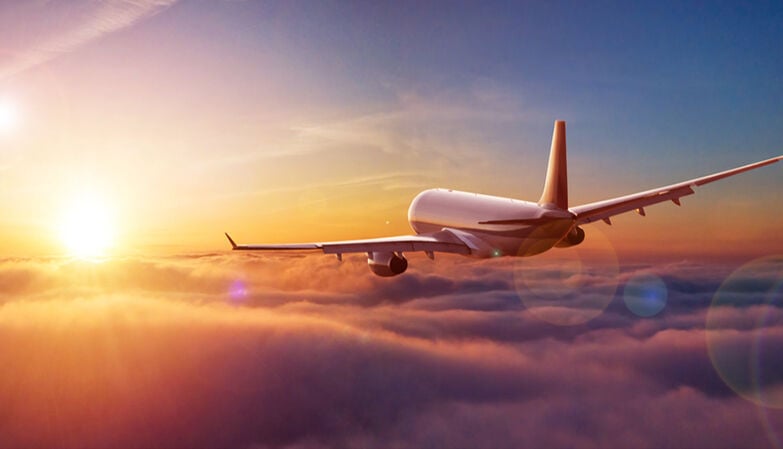 There’s a short-term situation and a longer-term evolution that will make your flights more expensive than they were in the past.

If we briefly look back at the past 65 years of world aviation, there has been a slow, incremental decrease in passenger seat prices on flights. That was until the start of 2020.

For the modern era (despite the jet-powered de Havilland Comet being launched in the UK 5 years earlier) the first commercially successful passenger jet was the Boeing 707 which first flew with paying customers in 1957. It revolutionised the way we fly. And the general shape and layout of planes ever since has followed the same formula – although engines have become more economical and quieter, construction materials have become lighter and the space between rows has evaporated. 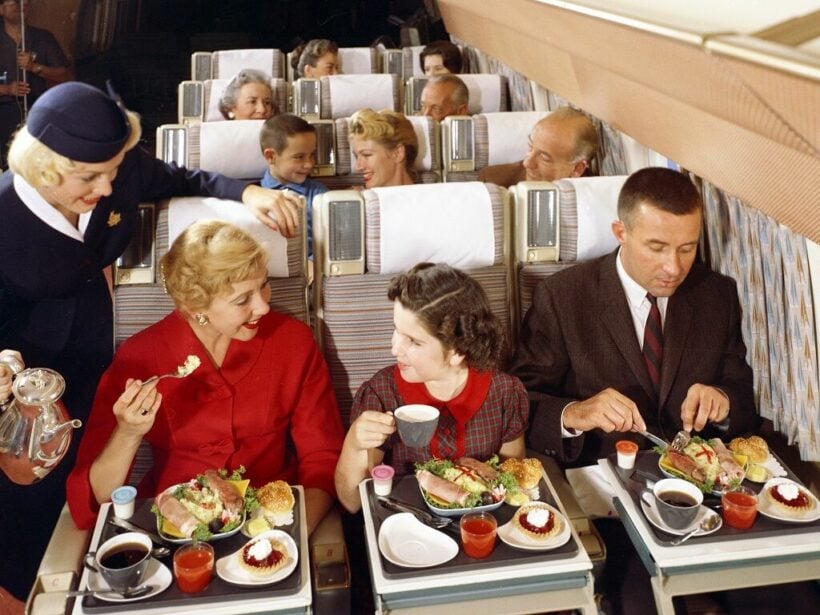 But jet travel in the early days was for “jet setters,” the few that could afford the tickets. Seats were bigger, further apart, and the food was served on china plates with a knife and fork. People used to dress up to travel and the job of being a flight attendant was much-admired, even glamourous.

Flying during the golden era of jet travel was also much more expensive. But the equation became much cheaper for passengers after the introduction of the Boeing 747, the jumbo jet. Larger planes, more seats, lower price per seat – BINGO! Whilst the earlier Boeing 707 had carried between 135 and 175 people, the 747, launched by Pan-Am in 1970, carried 370 – 420+, depending on seating configuration.

We don’t even have time to talk about the supersonic part of the jet age… read about that HERE. 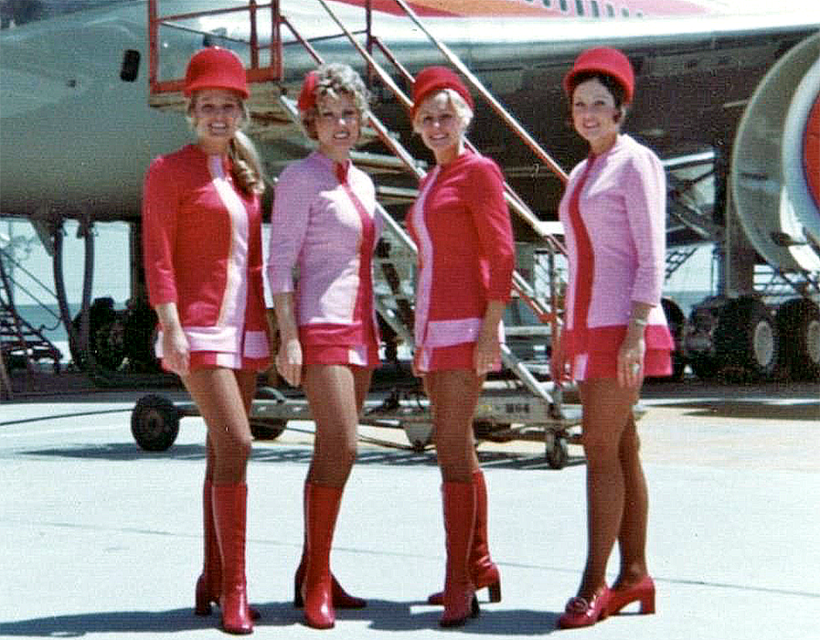 From here, however, the accountants started taking over airline businesses. More seats were crammed into the available spaces, airline meals became re-heated rubbish. As time went by we even had to pay for the pleasure of eating during our flight as the emergence of budget airlines became a newer, more sustainable business model.

This brings us to the start of 2020 when global flying was easier, cheaper, more available, and busier than anytime before. The experience had deteriorated into an elaborate bus ride, rather than a previously special experience.

And then along came Covid-19. For a respiratory virus, there couldn’t have been a more effective way to spread than with millions of people flying in pressurised aluminium containers from one continent to another. Most of the world’s passenger fleets were then grounded as countries closed their borders.

Now, here we are, in 2022. Some airlines have gone broke, others managing under the huge burden of government loans, and others are flying vastly reduced routes and frequencies, compared to their pre-2020 schedules.

All that results in higher airfares at the moment, although many airlines are still trying to subsidise their current real costs to at least get passengers back into the skies. But that can’t and won’t last forever.

The timing of the world’s emergence from the Covid pandemic also coincides with a fuel crisis, both in terms of supply and price spikes. Along with inflation, there is just a perfect storm affecting the cost of your air tickets at the moment. If you can get a cheap fare right now, buy it! They may be in short supply in the future.

So when can we look forward to the cost of airfares coming down?

The short answer is… probably never.

Airlines, currently partly subsidising the cost of a seat in their planes, will eventually have to recoup their losses and get back into profitability. And the many airlines who were granted large chunks of stimulus by governments will have to pay this back, either in the short or long term.

There’s also the global move toward a more sustainable environmental model for flights and plane design. Jet travel is a massive contributor to the world’s carbon-positive problem. Driving a car alone, or taking a flight in a modern passenger jet, are equally bad contributors to the world’s greenhouse gases. So there’s a massive push to find some sort of long-term solution to fly in a more carbon-neutral manner – seen as a future gold standard by the entire industry.

But that, albeit a vital step, is going to come at a price. And guess who will ultimately pay for all that research and development? 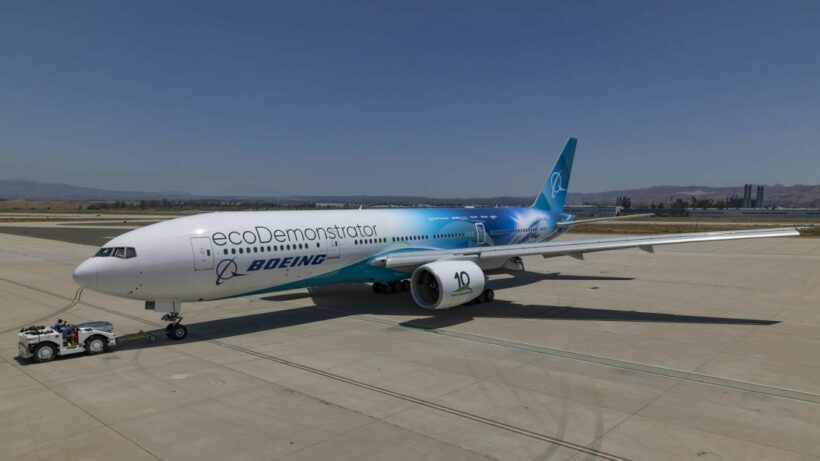 It will also test recycling onboard greywater and using it to flush the toilets, which also reduces the weight of the aircraft, new refrigerants, new heads-up vision displays for pilots, sustainable aviation fuels, and noise reduction technologies in wing and engine design.

The other big move is towards smaller, longer-range jets. As the Covid pandemic set in, the world’s airlines decommissioned their larger planes, almost in unison. The ‘jumbos’ – the Boeing 747-400s and double-decker Airbus A380s – were dumped as airlines scrambled to get rid of their old “gas guzzler” fleet and get on board with a smaller, more economical fleet.

One of the more horrifying prospects is the new long-range, single-aisle planes. Technology has now made these possible. But, bottom-line, there will be fewer seats flying around the world in these smaller planes. The new Airbus 321-XLR is leading the way in providing a previously 1 or 2-hour flight, crammed into a tiny seat, into a 10-hour claustrophobic hell!

Whichever way we look at the post-Covid flight experiences, there are few prospects that the price of tickets will ever be cheap as they were. Indeed all signs are that they will become a moderate to luxury commodity. This means that people will generally, fly fewer, shorter flights. There will be fewer long-haul options and more point-to-point opportunities. And you’ll probably be paying more for the pleasure.

It may be that the heydays of international flying, at least with the current turbulence on the horizon, are already behind us.