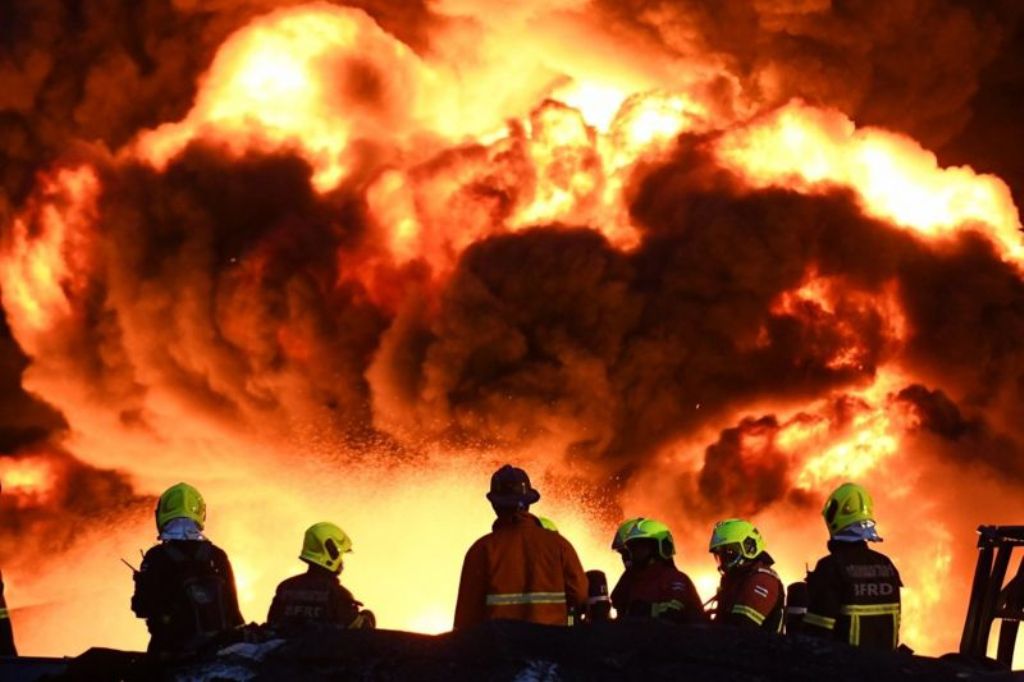 A huge explosion and fire has left one firefighter dead more than 60 people injured at a chemical factory in central Thailand Monday. Helicopters were called in to help firefighters contain the burning Ming Dih Chemical Co factory in Bang Phli district, Samut Prakan.

Firefighters battled to keep the advancing flames away from further stores of chemicals at the site, and prevent another explosion. Health authorities warned of toxic fumes being generated by the burning chemicals.

Rescue foundations reported one of their firefighters was killed by the fire and 12 others were injured. Fifty other people were also hurt.

Authorities said the initial explosion was felt nine kilometres away and damaged 73 houses and 15 cars in the nearby neighborhoods. 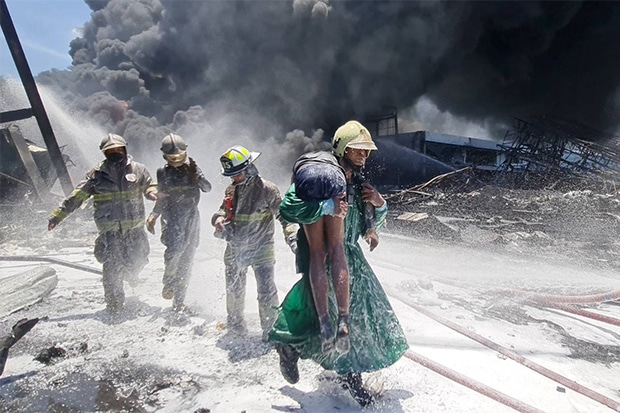 Local media identified the dead firefighter as Kornsith Laophan, 18. He was killed as he and other volunteer firefighters were fleeing flames surging from a store of chemicals. He stumbled and was overtaken by flames.

The Disaster Prevention and Mitigation Department fire inspectors said the inferno began with an explosion about 3.20am. What set it off was not known.

Homes within a five-kilometer radius were evacuated amid fears of further explosions of the reported 50 tonnes of chemicals stored at the premises.  Firefighters and helicopters were reportedly trying to defend one particular area that held 20,000 liters of chemicals.

The fire was about 10 kilometres from Suvarnabhumi airport, and the black smoke rising above the fire was clearly visible from there. However, airport deputy managing director Krittiya Konthong said flights were not being affected.