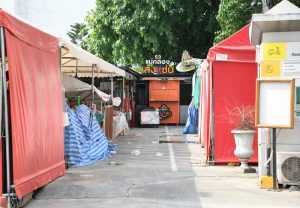 BANGKOK (Xinhua) — Thailand’s central bank on Thursday said in a press briefing that the Thai economy has shrunk in the first quarter and will further contract in the second quarter, factoring the downfall to weakening exports and tourism, both sectors hit hard by the COVID-19 pandemic.

The most affected sectors were automotive, machinery and parts, as well as oil-linked products.

Some expansion was seen in electronics, processed farm products and electrical appliances.

However, the BOT can see a U-shaped or V-shaped recovery depending on how fast the tourists return to the country as well as the global economic recovery, Don said.

He said that the Thai government’s economic stimulus packages estimated at over 1 trillion baht (30.86 billion U.S. dollars) could boost the GDP by 6 percent.