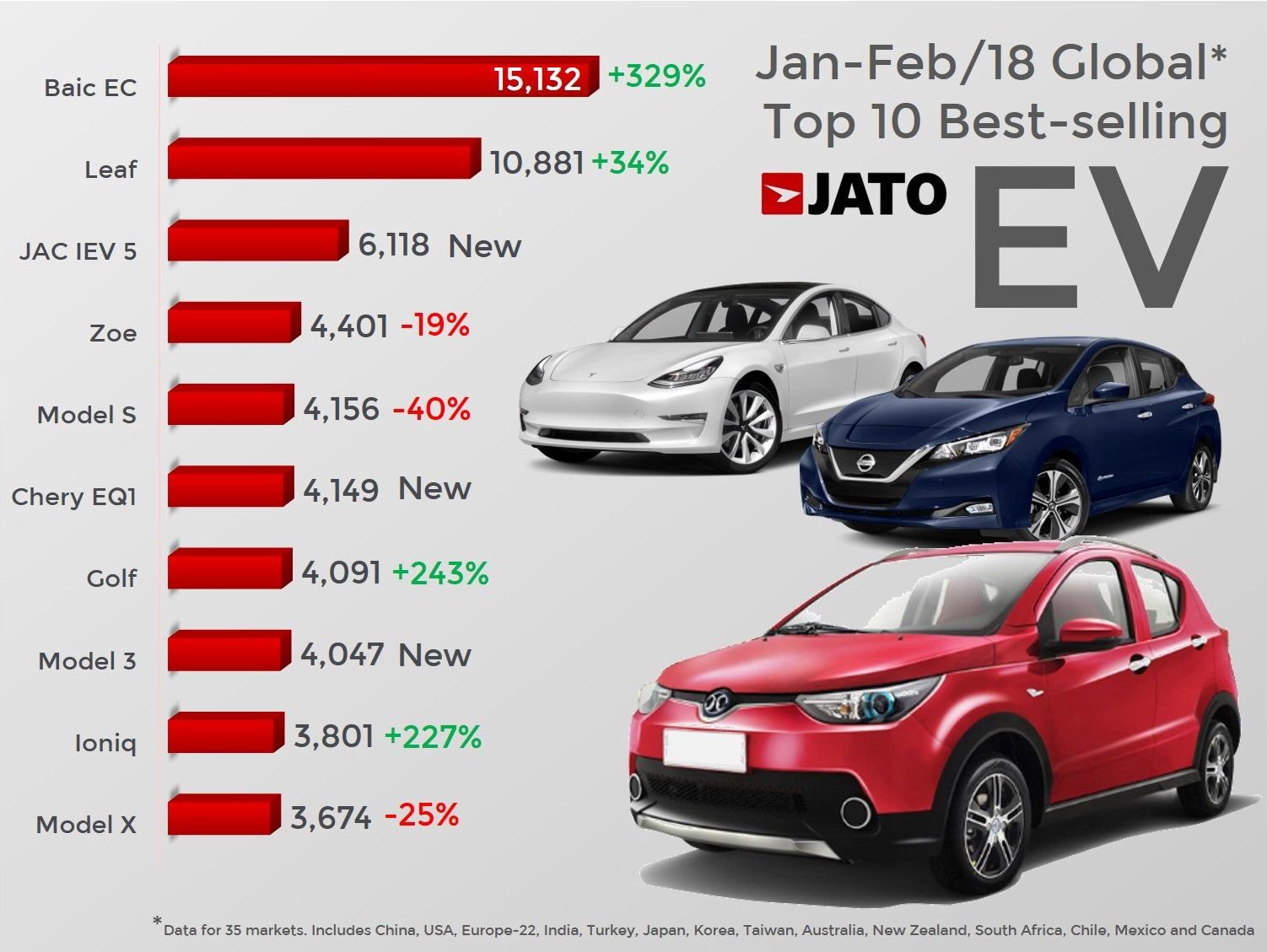 The rise and rise of the Chinese plug-in electric vehicle (PEV) market is unstoppable, with yet another record performance. A total of 102,000 new passenger PEVs were registered up 130% year over year.

The Chinese PEV market represented roughly half of the 1.2 million plug-ins sold worldwide in 2017, while Chinese carmakers made 47% of all PEVs sold last year.

Despite exports still being symbolic, the domestic market is more than enough to absorb the current production, helped by the fact that it is a highly protected market — foreign brands represent only 4% of PEV sales. Of this small cake, 2% belongs to Tesla, with the remaining 2% being divided by all other automakers.

Recenetly, small city cars had the upper hand again, with the BAIC EC-Series being the poster child of them. The BAIC EC-Series saw over 13,000 sales, which allowed it to reach #30 in the mainstream automotive ranking in China.

BAIC EC-Series: After a series of ever improving performances, it looks like the BAIC EC-Series has found its cruising speed, at over 10,000 units/month. The little city EV is proving to be disruptive in China, owing its success to a trendy design (reminiscent of a crossover), improved specs (now with 200 km, or 125 miles, of range) and competitive pricing ($22,000), all in a booming market segment. With the Chinese AND the global editions of the 2017 Best Selling PEV Award in BAIC’s hands, the EC-Series is now looking into 2018. A six-digit performance is likely — how far above 100,000 is pretty much open to discussion, but I wouldn’t rule out the possibility that this small EV could outsell the Tesla Model 3 and become the 2018 Best Seller … in the World. Again.