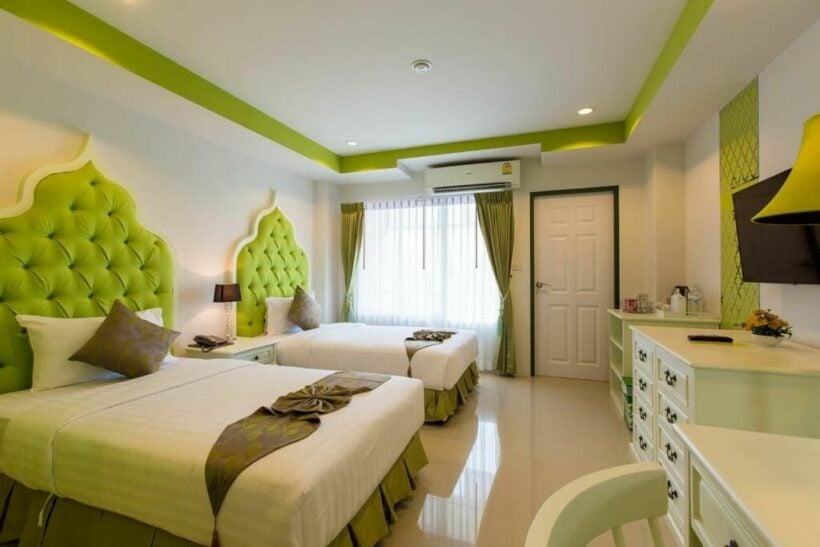 If you’re looking to travel northern Thailand on a budget, book this week and get a room for just 1 baht at Harmonize Hotel in Chiang Mai province. The room must be booked before August 7 for a stay anytime before October 31.

Not only does the room cost a mere 1 baht – or US$0.028 – but the hotel will also provide you with a 300 baht coupon to eat at their restaurant. So, they’ll pay you to go and stay!

President of the Northern Thai Hotels Association Phunat Thanalapanich announced yesterday that the 3-star Harmonize Hotel, located in the Mueang district, is one hotel collaborating with Robin Hood Application and the Tourism Authority of Thailand to promote tourism this season by reducing hotel rates.

Hotels in Chiang Mai are around 30% booked up at present. The reduced rates campaign aims to bring the figure up to 50% this season. The TAT expects the campaign to generate 20 million baht for the local economy every month this summer. More tourists will be good news for restaurants, car, and motorbike rental shops, taxi drivers, and other local businesses in Chiang Mai.

To be eligible for the sweet deal, rooms must be booked through the Robinhood mobile application sometime between August 1 – August 7. To get the discount, add the code CNX1 at checkout and then pay through the SCB mobile banking application. The code can be used up to 200 times per day. Chiang Mai residents are not eligible, only tourists.

The Thaiger downloaded the Robinhood app to see if the deal is real. The campaign is visible, but we were too slow today to use the discount code in time. So, for a shot at securing a 1 baht room, you’re best to log on after midnight and get in there fast.

While you’re holidaying on a budget, why not eat a bowl (or ten) of 3 baht noodles at Kway Teow Sam Baht (“3 baht noodle”) restaurant in the Mueang district? Despite inflation pushing up the cost of ingredients to new heights, the restaurant’s owner promised not to make his noodles more expensive. He hasn’t increased the price of his 3 baht noodles in 34 years and doesn’t plan on doing so anytime soon.