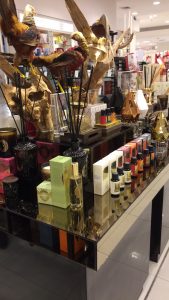 Over the last four decades, Thailand has made remarkable progress in social and economic development, moving from a low-income country to an upper-income country in less than a generation. As such, Thailand has been one of the widely cited development success stories, with sustained strong growth and impressive poverty reduction, particularly in the 1980s. However, average growth has slowed to 3.5 percent over 2005-2015. The government has embarked on an ambitious reform program to raise Thailand’slong-term growth path and achieve high-income status.

Thailand’s economy grew at an average annual rate of 7.5 percent in the boom years of 1986 to 1996 and 5 percent following the Asian crisis during 1999-2005, creating millions of jobs that helped pull millions of people out of poverty. Gains along multiple dimensions of welfare have been impressive: more children are now getting more years of education, and virtually everyone is now covered by health insurance while other forms of social security have expanded.

Poverty has declined substantially over the last 30 years from 67% in 1986 to 11% in 2014 during periods of high growth and rising agricultural prices. However, poverty and inequality continue to pose significant challenges, with vulnerabilities as a result of faltering economic growth, falling agricultural prices, and ongoing droughts. Poverty in Thailand is primarily a rural phenomenon. As of 2013, over 80 percent of the country’s 7.3 million poor live in rural areas. Moreover, an additional 6.7 million were living within 20 percent above the national poverty line and remained vulnerable to falling back into poverty. Although inequality has declined over the past 30 years, the distribution in Thailand remains unequal compared with many countries in East Asia. Significant and growing disparities in household income and consumption can be seen across and within regions of Thailand, with pockets of poverty remaining in the Northeast, North, and Deep South.

Historically, economic growth has been the key driver of poverty reduction in Thailand. However, GDP grew by less than 2 percent a year in 2014 and 2015. Looking ahead, the World Bank forecasts growth of 2.9 to 3.3 percent for 2016-2018. The rate of economic recovery and reigniting growth, will depend on how fast Thailand can overcome factors constraining growth and promote a more inclusive growth model. There are opportunities in the horizon, including expanding trade through enhanced integration with the global economy, bolstering growth by implementing transformative public investments to crowd-in private capital, stimulate domestic consumption, and improving quality of public services across the entire country. This will support a resumption of higher, more balanced, growth path that eliminates extreme poverty and boosts shared prosperity for all citizens. 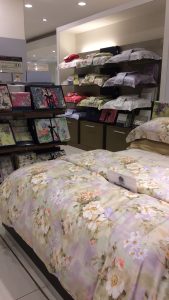 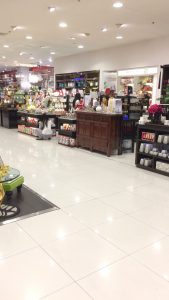 ing developed country status through broad reforms. The reforms address economic stability, human capital, equal economic opportunities, environmental sustainability, competitiveness, and effective government bureaucracies. Progress on reforms has already been made. These include the implementation of multi-year large public infrastructure projects, setting up of a State Enterprise Policy Committee to improve state-owned enterprise governance, transfer of supervisory oversight of specialized financial institutions to the Bank of Thailand, approval of progressive inheritance and property taxes and the launch of the National Savings Fund, a retirement safety net for informal workers.Going forwar 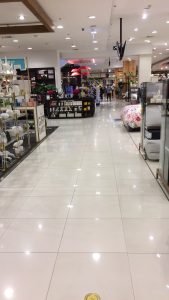 d, the sustained pace and quality of reforms as well as sound implementation will be crucial for translating the reform effort into the desired economic outcomes. Continued reforms in additional areas such as education and competition as well as public infrastructure management and government bureaucracies will be particularly important to take Thailand from middle to high income. The World Bank is supportive of the reform agenda.