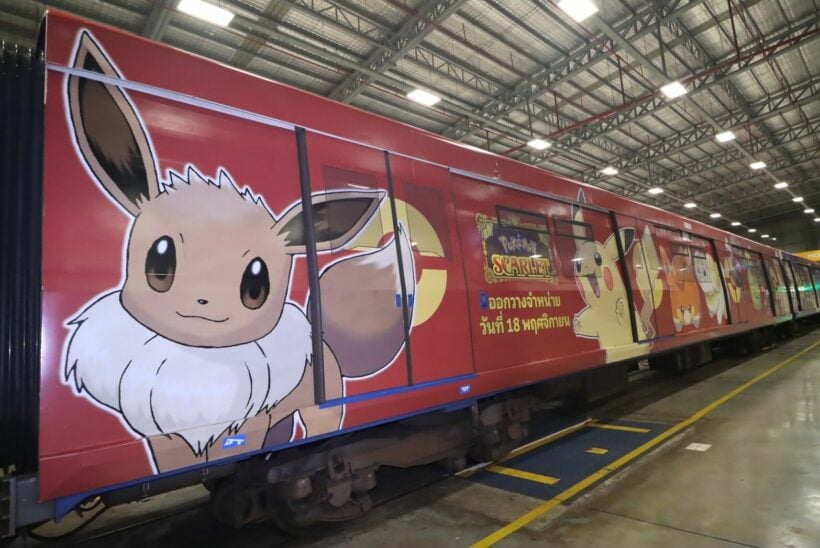 The BTS Skytrain in Bangkok is looking cuter than ever after selective carriages were given a Pokémon makeover. The trains’ new look will promote the launch of two new Pokémon video games coming out in less than three weeks: Pokémon Scarlet and Pokémon Violet.

Motifs from two new video games, Pokémon Scarlet and Pokémon Violet, can be spotted both inside and outside the carriages for the entirety of this month, according to Pokémon Thailand.

Video advertisements for the games will be also played on digital screens inside the BTS Skytrain.

The two new games will be released in Thailand on Friday, November 18, for the Nintendo Switch console. The games are available for pre-order for US$59.99.

Pokémon is a video game series developed by Game Freak and published by Nintendo and The Pokémon Company.  The first games were Pocket Monsters Red and Green which were released in Japan in 1996.

GameRant predicts that Pokémon Violet is likely to outsell Pokémon Scarlet. It’s nothing to do with the game itself, but purely the marketing. GameRant says that little is known about both games, so customers will make a choice solely based on the games’ art.

The BTS Skytrain is open from 6am-midnight every day. 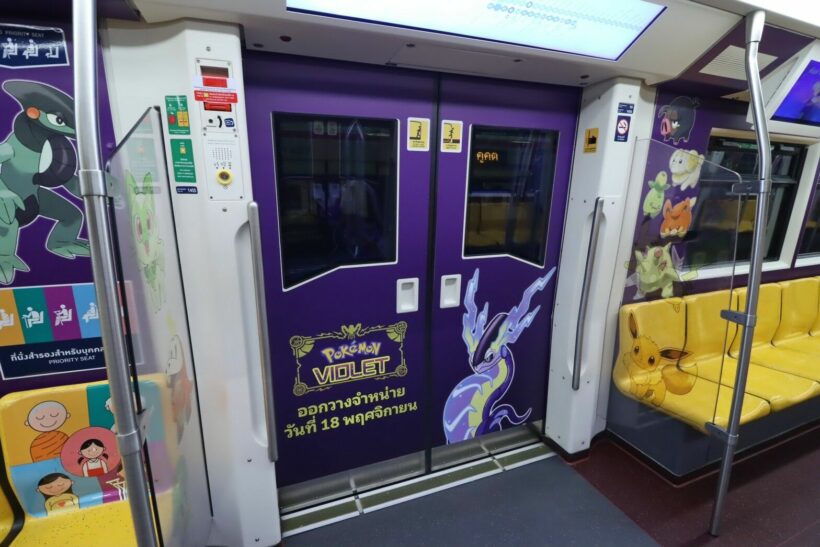 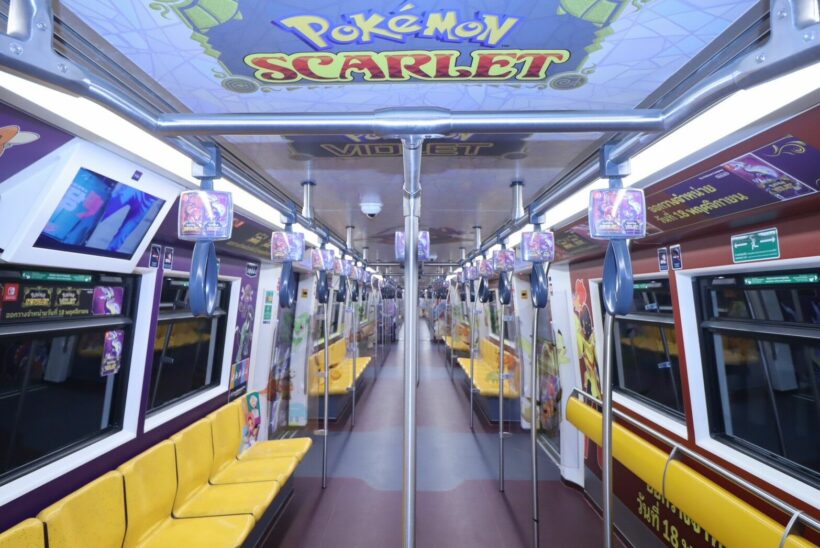 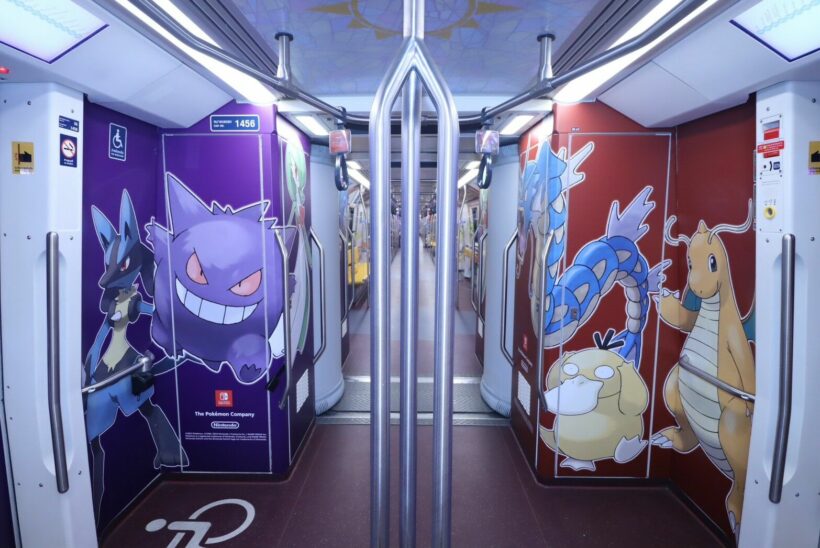 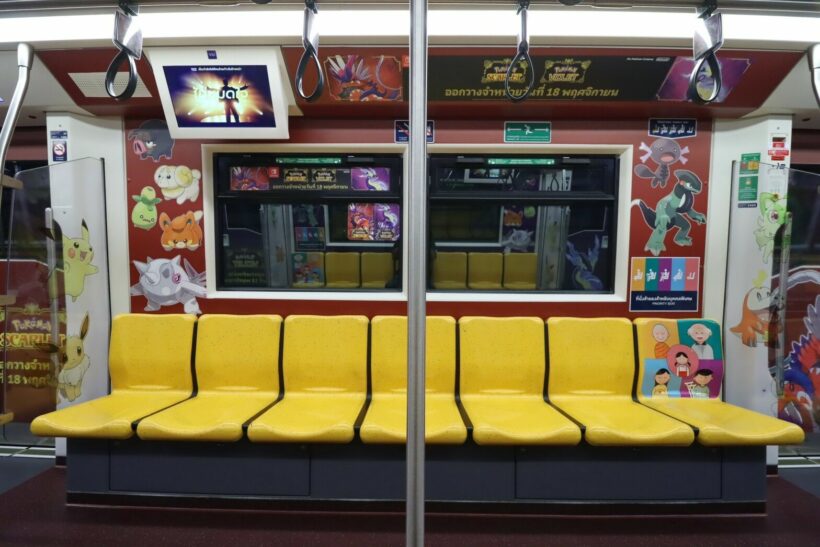