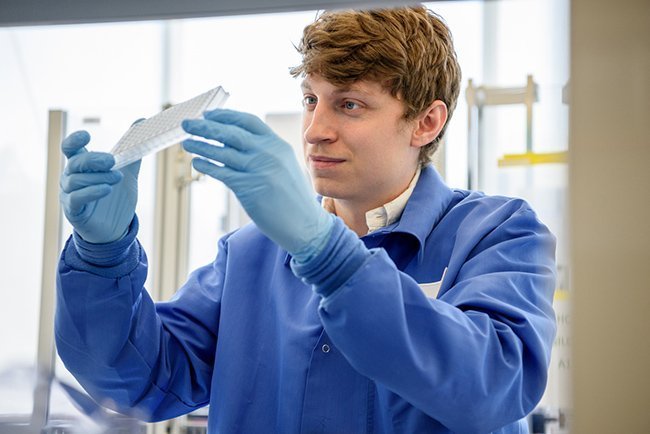 To date, the incidence of cancer is increasing. According to death reports, there are nearly 8 million people dying worldwide from cancer each year. In Thailand, cancer is the number one cause of death. Historically, physicians and researchers have researched, developed, diagnosed and treated cancer to the most effective extent yet. Recently one new technology that has been discovered is “Comprehensive Genomic Profiling” and is expected to completely change the diagnosis of cancer.

Dr. Harit Suwanrussamee, specializes in Internal Medicine, Hematology, and Oncology. Dr. Alexander E. Drilon is a specialist in the innovation of the genetic code from the Memorial Sloan Kettering Cancer Center in the United States of America will educate us in this current innovation in order allow us to perfectly understand more about it.

First let’s talk about the current cancer situation, how is it?

The incidence of cancer is on the rise worldwide. In Thailand more than 75,000 people die each year from cancer, the number one cause of death in the Thai population since 2000. Around 8 million people are reported dead each year, so throughout the years doctors and researchers have studied and researched to develop effective cancer treatments with reduced side effects as much as possible.

Many people may wonder “What is cancer?”. Cancer occurs when the body’s cells mutate, that is, abnormalities which start at the genetic level of the cell. From normal cells, it becomes abnormal and mutated and when the cells are mutated they grow faster than normal because most normal cells grow and stop growing according to the control of the body or organs. But if cancer occurs, the number of cells is increased indefinitely. And when it grows into a lump, it distributes to different parts of the body which is called “metastasis” and when that happens it causes various symptoms and can also interfere with normal physical organ function. It can also go to where it shouldn’t be such as your brain which can cause paralysis and your liver which causes liver failure. This means organs can’t work properly and the patient eventually die from cancer.

What is the trend of cancer treatment from the past to present?

In the past several decades, cancer therapy involves chemotherapy drugs which work to kill both normal and cancer cells. However, there are many side effects that affect the quality of patients’ life such as hair loss, fatigue, infections, etc., and may lead to death due to side effects of chemotherapy. In more recent studies, there were the developments of a therapy that could specifically target cancer cells. These patients have less side effects and benefit from the treatment. The therapy brings about personalized medicine.

In the past cancer cells could not be detected thoroughly because even though we had a detector tool, we might find just one abnormality. if we further investigate it and we find cancer cells, then that is a good result. If not then it could be nothing, but because we don’t know where the abnormality comes from. But now we have discovered many things that we didn’t know before. We can see what the abnormalities are in our genes with the technology called “Comprehensive Genomic Profiling”.

What is “Comprehensive Genomic Profiling” technology?

Comprehensive Genomic Profiling is a deep study of the genes in patients with cancer. To analyze the cause or origin of mutation in individuals we mainly use human tissue and blood samples can be checked as the markers of the genetic code in the cancer cells may be released into the bloodstream, therefore allowing us to do blood tests as well.

This technology we use is for checking the genetic abnormalities of cancer cells. If we find the specific ones and have medications available that can treat the cancer then we use them, but does the technology work for all the diseases? When we can see the explicit abnormality, have a target and medication then yes, we can use it but now we mainly use it for people with lung cancer, breast cancer, colorectal cancer, ovarian cancer and cancerous moles. These diseases can be targeted and cleared. 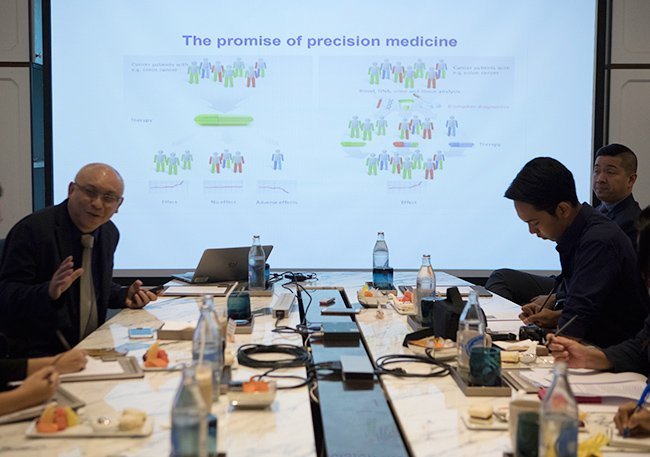 Can this be used to diagnose any stages of cancer? Is there a restriction on the examination or not?

“Comprehensive Genomic Profiling” can be used to detect all stages. We want to know what the genetic disorders are, but to ask if it can be used for treatment then it depends on its indications. But from the study, we did it with metastatic cancer first because in the early stage we can just remove the cancerous tissue and there is less chance for distribution or metastasis. Removing the tissue should be enough to stop the cancer but, in some cases, we might start from an early stage to look at the risks associated with certain type of cancers and the chance you get the cancer again, so we can group it as a high risk one. In this case, we will provide medication or do anything to reduce the risk. Diagnosis between the early stage to the metastatic stage will allow us to understand the mechanism of cancer, the characteristic of the early stage and how it spreads. This will bring awareness of metastatic. However, we use this technology for the early stage to prevent the cancer and during the metastatic stage, we use it to find the medication.

How long have we been using this “Comprehensive Genomic Profiling” technology?

We have been using it around 4-5 years, but we started using it for research in medical schools by using the tissue to find the genetic abnormalities. We didn’t seriously use it for treatment with patients. Today we actually use it for treatment of patients, as in the past we had to send samples to a lab in other country. Now for some parts, we can do that in Thailand. In the past 5 years, this technology was being talked about a lot and many hospitals in Thailand now have it.

What do you think about the effectiveness of cancer treatment in the future?

Since there is technology to understand the mechanism of disease down to the molecular level, it will be very fast because before we didn’t have it and we used the method of trial and error. We have more proof or explicit evidence to the molecular level, so when we start to know the target, it will be easy to find the drug including using other medications to treat. So, in the future, I think it will surely get better. 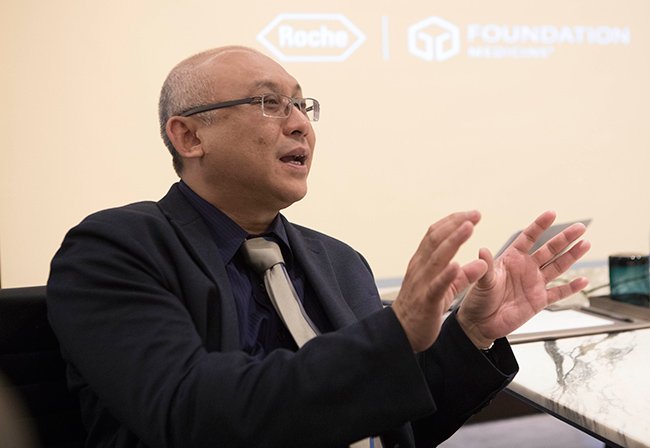