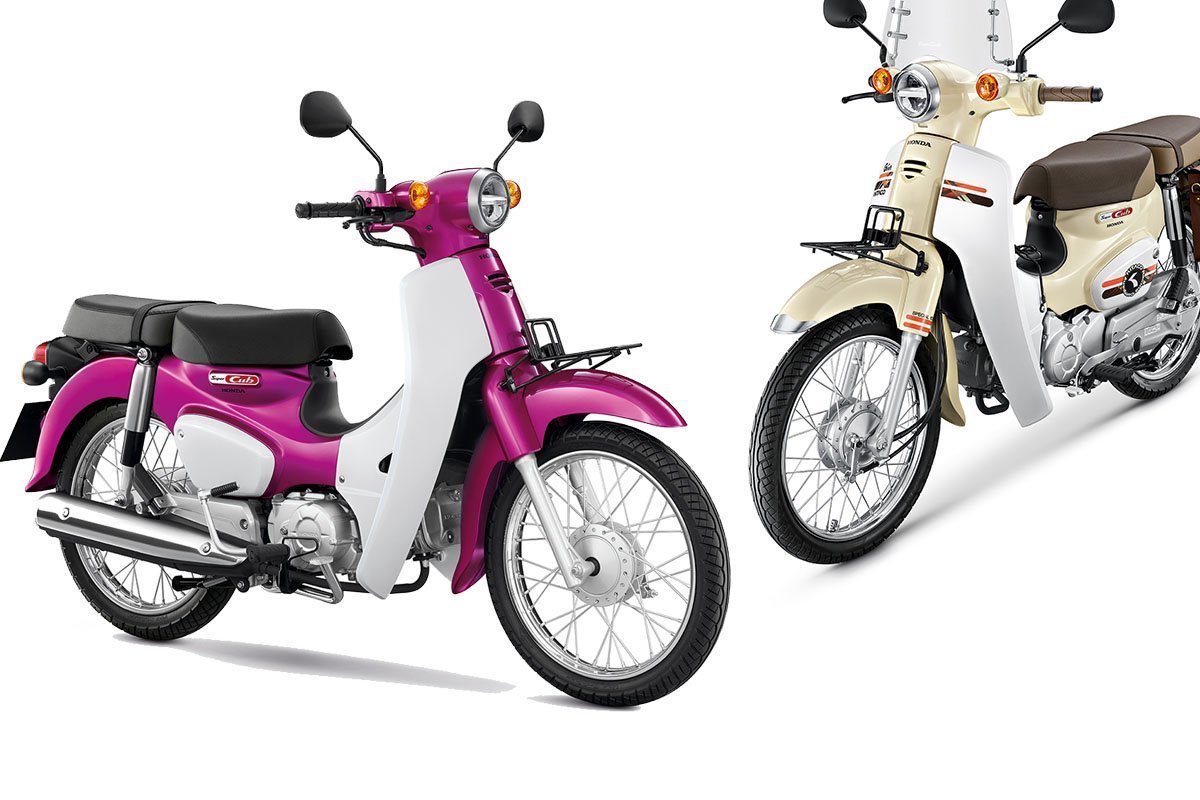 Starting off in the year 1958, Honda Super Cub has been constantly upgrading itself to cope up with the latest technology and style. Well, there is no doubt that Super Cub is Honda’s most favorite considered bike and people absolutely love its chic looks and its brilliantly engineered kickass performance. In this article, we’re going to run you through some specs to highlight why Honda Super Cub is everyone’s favorite? Let’s start:

Honda has this time gone for a minimal approach for its engine design. The engine includes a four-piston cylinder that provides a better bike riding experience, by keeping the least-liked friction, at bay. The engines are available in two capacities, i.e. 50 cc that boosts the engine to produce 3.7 horsepower, while the 110 cc one provides a current of 8 horsepower.

Honda Super Cub 2018 is obviously quite like its predecessors, which is why the design for this bike reminds us of the 1950’s bikes. However, to cope up with the upgrades this bike is available in 2 designs, classic and professional. Also, what adds to the oomph of this bike’s design is the addition of basket. It really brings an old-school feel to it and makes us fall for Super Cub, even more.

Thankfully, Honda has not priced their Super Cub too high. Super Cub’s classic 50 cc version can be bought at $2,050, while its professional version is available at $2,240. However, for the 110 cc engine, the price becomes $2,430 for classic and $2,620 for professional version.

Honda has this time gone for a rather discreet approach when it comes to adding lights to their bike. The highly luminescent LED lights add to freshness to the eyes of those looking at it, while saving energy in the most remarkable way.

There are heaps of other utilities that Honda has added to their Super Cub 2018. Like for instance, its needle bearings, upgraded oil filter that comes with an oil measuring dipstick, alongside a newly upgraded exhaust system that provides a state-of-the-art exhaustion through its dual catalytic conversion.

Honda Super Cub 2018 has seats that are made with a material called urethane. This material is considered to be highly long-lasting and sturdy when it comes to being incorporated into bikes. Other than that, these seats are remarkably comfortable and provide a better and safe seating, through bumpy roads.

All the endless highlights of Honda Super Cub 2018 isn’t completed without the promise of providing a top-notch durability. The material that has been used for the body of this bike is sturdy, resistant to harshness of the outside-conditions and amazingly durable, which has been achieved after numerous bike-tests. Suffice it to say, this little fellow is tested to stick with you throughout the toughness that you face outside!

Honda just doesn’t fail to surprise their fans, and with this year’s Super Cub they have expanded their fan-following. When it comes to being a bike that is extremely light on the pockets, highly durable and performs its best on the road, then Super Cub 2018 holds no competition.