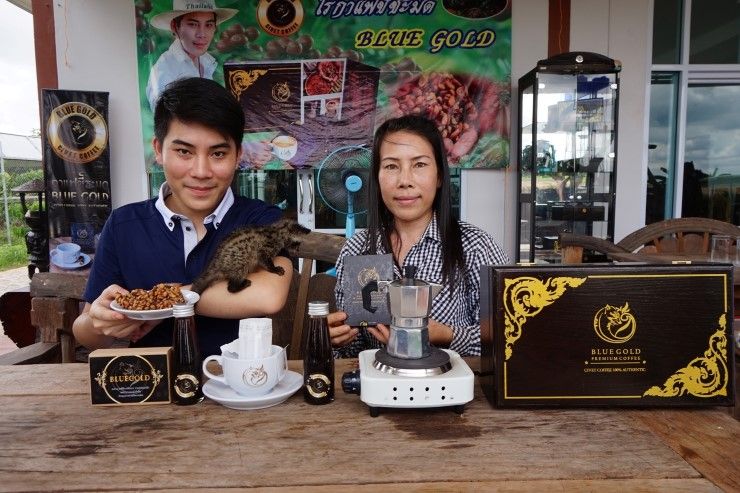 Using his family’s land and fully focusing on farmer path, a 22 years old young man is coming up with a civet coffee farm; experimenting on fertilization and successfully planting the coffee. He has also successfully built his own brand with the overwhelming export circulation and millions of income and profit per month.
It was the debut of the very first civet coffee farm in Nakhon Phanom attracting both local people’s and travelling tourists’ interest. It may be considered as the first new-styled farm in Thailand. This idea comes from the young enthusiastic 22 years old student, Mr. Kiatsak Kamwongsa or Flam who has just graduated Bachelor degree from School of Entrepreneurship and Management: BUSEM, Bangkok University and the owner of BlueGold Coffee.
Kiatsak stated that his family used to work in construction business, then everybody decided to start the go-inter coffee farm business by turning the 200 Rai waste land in their hometown, Phon Sawan district, Nakhon Phanom province into such farm and improving soil condition. Then in 2012, they experimented planting Robusta coffee from Loei province as this kind of coffee is suitable for such an area condition and it is easy to look after. At present, there are 50 Rai of coffee or 1000 coffee trees. It is also during the process of ongoing propagation which is considered a successful stage where there are actual products to be sold and turned into coffee. 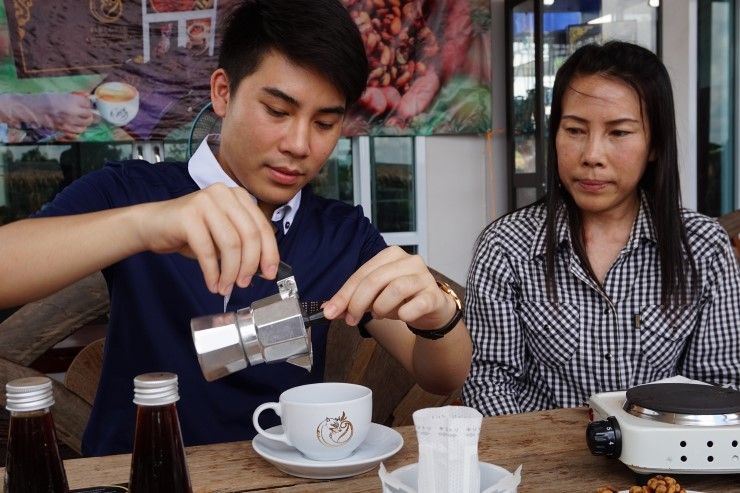 However, we are also experimenting civet farm by fertilizing local civet. Civet, one type of wild animal, can be found in the local forest, leally be bred and is becoming rare to find. Moreover, this animal’s special characteristic is to have its own scent gland being released to build its kingdom. It has no strong smell and it is believed to reinforce people’s strength.

Besides, it is accordance with academic study which is found that nowadays civet coffee is becoming really popular in the market. Its origin is from Indonesia; it is believed that coffee from civet is to add value to that coffee. Civet coffee is more qualified, better in tastes than general coffee, sweet-smelling, full-flavoured, high protein, low caffeine and incapable of healing  alzheimers. It is considered a coffee for good health without sedative and for everyone regardless of genders or ages including for people with congenital disease. Civet as an animal itself is a part of substances percolation process before excretion so, what being excreted will be transformed to the actual coffee. Besides, the process is to add value and transform coffee to be more special. 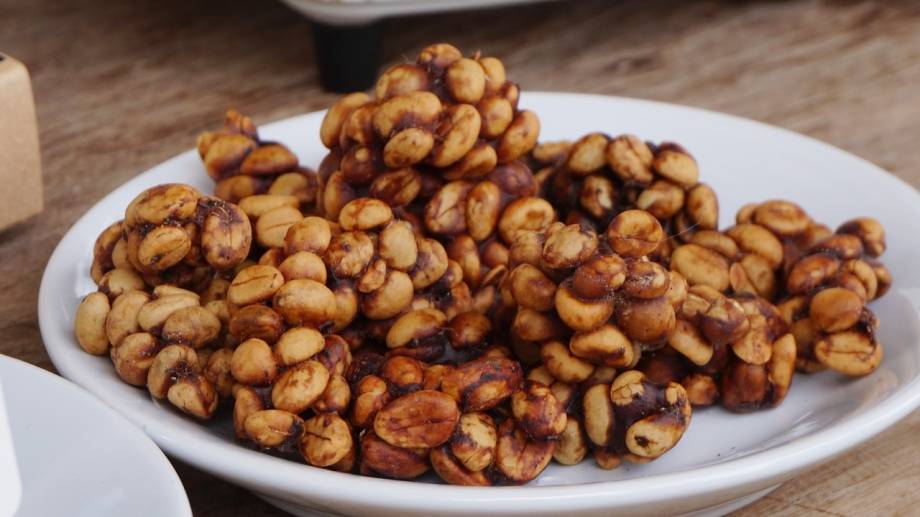 Mr. Kaitsak said again that what he is planting must be non-toxic as he is only using organic fertilizer to his coffee. Besides, toxic will kill all civets. However, what he has expected in the future is to set this farm as an example; to become a learning center encouraging local farmers to study how to plant this kind of coffee. Then, he will guarantee the factory’s price for those farmers as we are planning to do the completed coffee project in order to create career path and income earned for local farmers.

Moreover, he wants to open up his farm as tourist conservative attraction allowing people to learn how to raise civets and their life circle as they are becoming rare to find and tamed. This learning center will provide the knowledge of how to produce civet coffee including raise other types of rare animals. In the future, this farm will become agricultural tourism farm and will be expected to finish in the end of 2017. For more information, please see page BlueGold Coffee.