The Department of Homeland Security today announced new carry-on restrictions for flights to the US from eight Middle Eastern countries, confirming reports from yesterday that such a ban would be implemented as soon as this week. The restrictions forbid electronic devices larger than a smartphone from being carried in the cabin of the airplane, including laptops, tablets, e-readers, cameras, portable DVD players, and handheld gaming devices (larger than a smartphone). 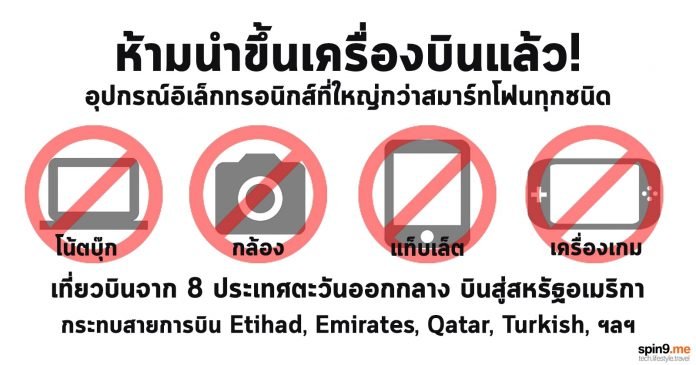 DEVICES LARGER THAN PHONES ARE BANNED FROM THE CABIN

Those devices can, however, all be placed into checked baggage. Neither DHS nor the Transportation Security Administration provided a firm rationale for the ban, how it chose which airports would be embroiled in the new security measures, or whether the ban is in any way related to an active terrorist plot. News of the ban first began percolating online yesterday when the Royal Jordanian airline partially disclosed it in a since-deleted tweet, which was framed as a message for passengers.

“Evaluated intelligence indicates that terrorist groups continue to target commercial aviation, to include smuggling explosive devices in various consumer items,” reads a DHS press release put out this morning. “Based on this trend, the Transportation Security Administration, in consultation with relevant Departments and Agencies, has determined it is prudent to enhance security, to include airport security procedures for passengers at certain last point of departure airports to the United States.”

The action will affect nine airlines in eight countries across 10 airports, senior administration officials confirmed in a press briefing Monday. The list of countries includes Jordan, Qatar, Kuwait, Morocco, United Arab Emirates, Saudi Arabia, Egypt, and Turkey. The list of airlines affected includes Royal Jordanian, Egypt Air, Turkish Airlines, Saudi Arabian Airlines, Kuwait Airways, Royal Air Maroc, Qatar Airways, Emirates, and Etihad Airways. The order is being issued as a security directive from the TSA. Airlines will have 96 hours to comply or the DHS will work with the FAA to revoke clearance for those airlines to land in the US, officials said.

It’s unclear what the ultimate goal of the electronics ban is, as it seems designed only to put pressure on travelers and airlines from the affected countries and make the process of flying more cumbersome and disruptive. It’s also unclear at this time what direct ties this ban has to the Trump administration’s ill-fated travel ban, a revised version of which was issued earlier this month and is again being challenged by US courts. Yet news of more restrictions placed on Muslim-majority countries may further enflame tensions here in the US and with foreign allies, instead of achieving the purported goal of foiling potential terrorist plots.

However, officials declined to say whether the ban is a direct response to credible intelligence related to a potential terrorist attack, instead citing attacks in the past couple of years that took place in Somalia, Egypt, Belgium, and Turkey. (None of the attacks cited involved the smuggling of weaponry or explosives in an electronic device.)

Officials also declined to answer a number of other critical questions, like what the difference was between a device in the cabin and a device in the cargo hold or even how long the restrictions would remain in place. The ban does not apply to flights to the affected airports, nor does it apply to airline employees. No US carriers are said to be impacted by the directive, as none have direct flights from the affected airports to those in the US. 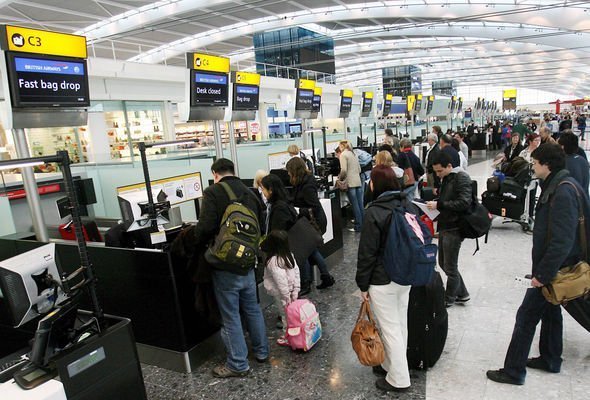 Following the US, the UK just issued a ban on passengers using most electronic devices on flights from some Middle Eastern countries, according to Sky News. The news follows a similar restriction on the use of gadgets on flights from Muslim-majority countries into the US announced by the US Department of Homeland Security this morning.

The details of the UK ban are still unknown, but if it’s anything like the US restriction, it will cover all electronic devices bigger than a smartphone. That includes laptops, tablets, gaming devices, e-readers, and portable DVD players. Smartphones and medical devices are exempt under the US ban.

Whether the US and the UK are responding to a specific threat is still unclear. Security sources told The Telegraph that UK security services “have seen the same intelligence as their US counterparts,” which is apparently being used to formulate that country’s security order. And Sky News is reporting that the order is in response to “the general threat from terrorism” and not a specific attack or possible attack.

Several airlines affected by the ban issued statements indicating their intention to comply. “Safety and security remain the highest priority for Etihad Airways and we will continue to assist passengers in complying with this directive,” a spokesperson for that airline told The Verge. Likewise, Emirates issued a notice requiring all US-bound passengers to pack all electronic devices larger than a smartphone in their checked baggage.